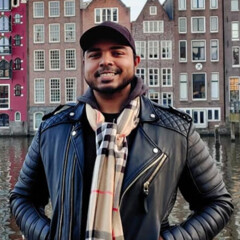 Malaysia-born 3D Artist with a Diploma in Digital Animation from The One Academy and a BA(Hons) in Animation, Motion Design and Visual Effects from the Institute of Technology Tralee, Ireland.

My first job was in 2014, as a Jr. Lighter/Compositor on a TV Series (Bubble Bath Bay a.k.a Sydney Sailboat). I have since worked on numerous projects where I contributed my skills in Modelling, Texturing, Lighting & Compositing. Currently I am based in Dublin , Ireland working as a Lighting & Compositing Supervisor at Giant Animation.

If you're interested in working with me, message me via Artstation or e-mail